Don’t Believe Everything You See: Entrepreneurs Aren’t All in Their 20s

The majority of entrepreneurs are between the ages of 50-88!

Did you know the majority of entrepreneurs today are between the ages of 50-88? According to Small Business Trends, 51% of small business owners fit in this age group.

According to the 2016 Startup Index by the Kauffman Foundation, 24.3% of entrepreneurs are between the ages of 55 and 64.

Women Entrepreneurs Exude Confidence (And You Can Too!)

A survey by The Organization for Economic Cooperation and Development suggests that 71% of women in America are confident in running their own business.

Womxn’s Entrepreneurship is on the Rise

Women currently make up 40% of new entrepreneurs in the United States. This is the highest percentage since 1996, based on the 2016 Kauffman Index of Startup Activity. African-American women are the fastest-growing segment of female entrepreneurs, starting businesses at six times the national average. The share of Latino entrepreneurs has doubled in 20 years. 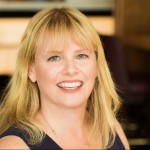 Sandra is a speaker, author and founder of Life Reinvented® who gets to the heart of what it takes for solopreneurs to create the businesses of their dreams.

This site uses Akismet to reduce spam. Learn how your comment data is processed.

© 2020 by Sandra Hughes and Life Reinvented®. All Rights Reserved. Unauthorized use and/or duplication of this material without express and written permission from this site’s author and/or owner is strictly prohibited. Excerpts and links may be used, provided that full and clear credit is given to Integrated Lives LLC d/b/a/ Life Reinvented® with appropriate and specific direction to the original content.